An agreement has been made between Paul Atkinson and O.P.F.F.A. There is no $4.5 million dollars. The Agreement does not include an “award” of $4.5 million dollars. A Mediator does not have any authority or capability to award. There was no admission of guilt by either Paul Atkinson or the O.P.F.F.A. Paul Atkinson and Colin Grieve have assisted over 3,000 families. Out of those 3,000 families, the O.P.F.F.A solicited 8 families as witnesses, totaling a “claimed” misappropriated amount of $264,218.27. Which is the amount O.P.F.F.A. submitted that was “misappropriated”(see attached below). The O.P.F.F.A. lawsuit has cost fire members approx to date 1.8 million dollars. The union has depleted the Occupation Disease Fund, undersold the members-owned Burlington 292 Plains Rd property (sold to an executives associate, then 10 days later sold for 1.2 million more) to purchase a condo in downtown Toronto. Despite the promise from the O.P.F.F.A; fire members’ dues were raised to help fund the lawsuit, it was then President Rob Hyndman who informed the courts that members dues; were in fact increased and the members had no knowledge. In addition to the union borrowing an additional $50,000 from the I.A.F.F, member’s dues may be increased again. It is only a rumor, that fire members will be receiving a retroactive pay anywhere between $5,000 and $10,000. There is no $4.5 million. Amounts and facts listed can be confirmed with Local executives. 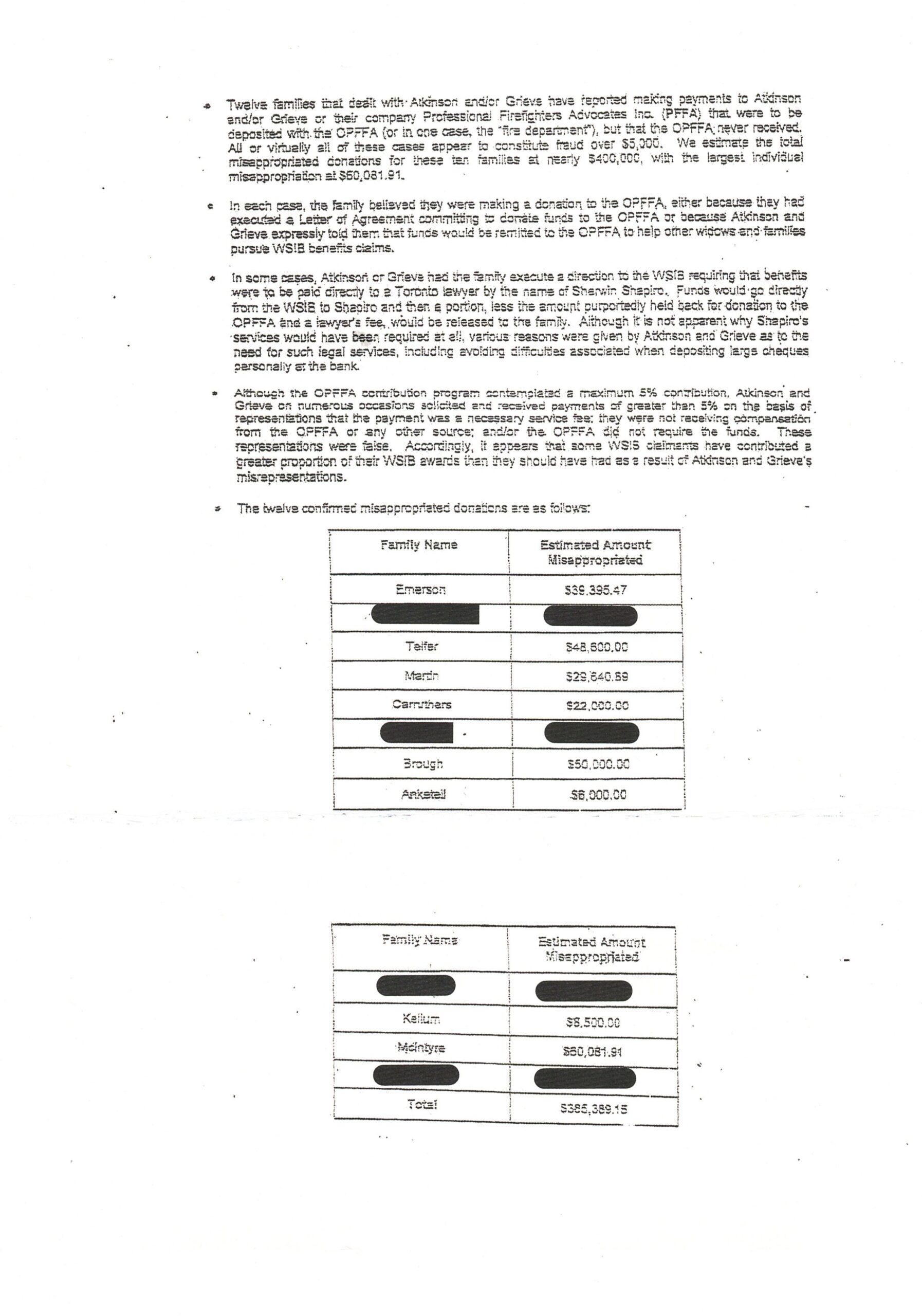