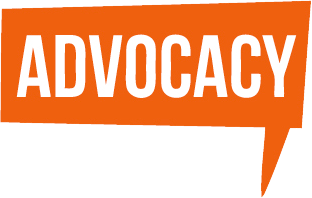 This was sent in by a contributor…

I read the Criminal Pretrial summary on this website and I found the testimony of Mr. Fred Leblanc very peculiar, specifically when he referred to Interest Arbitration Advocates. According to the summary “Leblanc stated that what Interest Arbitration Advocates received in compensation is different, but he could not explain why it was different. He went on to state that Carmen Santoro could accept gifts when working on contract issues for other Locals”. For some reason Fred believes the OPFFA executives should be treated differently than Colin Grieve and Paul Atkinson? Although, I’d bet that Grieve and Atkinson paid taxes on their earnings.
I think there’s an elephant in the room, and as firefighters it’s time we address it. It’s a very large issue of which many of us are acutely aware but nobody wants to talk about. And at the same time it’s a well guarded secret of which many firefighters are ignorant. Thanks to this ridiculous lawsuit and Leblanc’s testimony, it’s time to make ourselves knowledgeable of the work of IAFF Advocates, also known as Interest Board Arbitration Advocates.
IAFF 13th District field representatives (Manitoba and Ontario ) do contract negotiations. Every Local in Ontario uses an IAFF Advocate. These Advocates act as a nominee for Locals during contract negotiations. They represent the Local Association’s interests and put forward their positions in negotiation and arbitration proceedings.
In return, the IAFF Advocate receives their usual firefighter salary from the community in which they work, plus expenses, and per diems from the OPFFA. They also bill for expenses to the particular Local in which they are working. IAFF 13th district field reps receive over $300 US per diem for daily work. Shift substitutions are paid for by the particular Local in which the Advocate is negotiating, although the Advocates home local pays the substitution rate first. Many times the Advocate never pays their own local back for these substitutions. When an advocate completes a negotiation and/or arbitration, he charges that particular local for his work then claims it as a gift, never reporting the income to Revenue Canada. Some Advocates, who are also the President of their own local, or who are also on their Local’s Negotiating Committee, still charge their own locals to advocate for them, even though they are already being compensated due to their positions. Plus, they are not reporting the monies they receive for the Advocacy work to the CRA and therefore not paying income taxes on these earnings . Many of our leaders in the IAFF 13th District, or at the local level, are doing this, or have done this. For example, some perpetrators are Carmen Santoro; Colin Hunter; Jeff Nestor; Ed Dickson; Dave Stephenson, Henry Watson, Rob Hyndman, and Peter Skowronek, Bob McCutcheon, Mike Doyle and Mike Palachik.

2 thoughts on “Advocacy at its best”