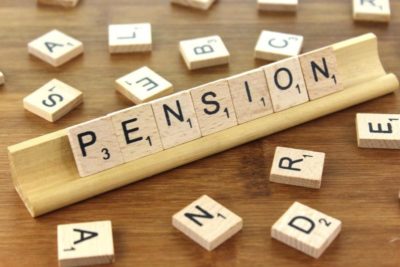 “Ontario unions representing municipal employees are raising the concerns about a proposal to de-index the Ontario Municipal Employees Retirement System (OMERS), one of the biggest defined benefit pension plans in the country.

You’re talking about 25 or 30 per cent of the value of your pension (that) could be eroded if there is no indexing.
– Fred Hahn, CUPE Ontario
OMERS represents nearly 500,000 employees of municipalities, school boards, emergency services and local agencies across Ontario.

The pension has been reviewing its benefits since September. One of the proposals on the table includes de-indexing payments to retirees so they no longer increase with the rising cost of living.

“It is a serious potential change,” said Fred Hahn, president of CUPE Ontario.

Unions fighting change
“You’re talking about 25 or 30 per cent of the value of your pension [that] could be eroded if there is no indexing,” Hahn said.

The board of the pension sponsor corporation will vote on what to do about OMERS benefits in November. The board is made up of equal numbers of representatives from employer and employee organizations. A two-thirds vote is required for the change to take effect.
Unions across Ontario, including those representing City of Ottawa and the City of Toronto workers, have launched campaigns against the possible change and have urged employees to write to their representatives on the board.

Representatives from OMERS declined a request for an interview. In a statement, CEO Paul Harrietha reiterated no decision has been made yet.

“The board continues to assess options and will determine which changes, if any, they will further consider over the next several months,” he wrote.

Consultation promised
Herrietha promised employers and employees will be consulted on any decisions, which aren’t likely to come into effect until 2021.

The review is being done “in the face of social, economic, political and employment realities that we, and all plans around the world, face,” he wrote.

Unions across the province are particularly bemused by the proposed changes because of how well the pension is performing, with more than $95 billion in net assets as of Dec 31, 2017.

Frank Ramagnano Toronto Fire President and Co-Chair of OMERS Pension Board of Director voted in favour of De-Indexing pensions.

1 thought on “Are pensions safe?”