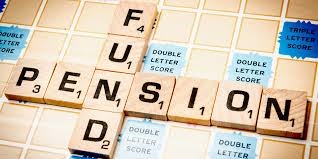 Local 3888 President Frank Ramagnano has been appointed Chair of the OMERS Pension Sponsor board receiving an annual salary over $150,000. Which was given to Ramagnano for his, Toronto Professional Fire Fighters Association executive and Ontario Professional Fire Fighters Association executive votes to support de indexing T.P.F.F.A. and O.P.F.F.A. members pensions at the end of 2021.

Frank Ramagnano obtained that position from the support of O.P.F.F.A President Carmen Santoro. Santoro supported Ramagnano and the Deindexing of pensions in order to move the O.P.F.F.A executive into T.P.F.F.A offices. Leaving the O.P.F.F.A member’s condo in Toronto vacant.

Frank needed the support of the O.P.F.F.A executive to vote in favor of deindexing Fire Fighters future pensions. Provincial and Toronto executives endorsed Frank’s vote to eliminate future pension earnings. As a member of the OMERS sponsor board Frank Ramagnano was appointed to represent O.P.F.F.A/T.P.F.F.A members in protecting and improving pension benefits. Not give them away. The pension deindexing won’t affect Frank Ramagnano’s pension as he has over 30 years, is a Acting District Chief earning over $130,000, over $70,000 as President of T.P.F.F.A Local 3888. In addition to being paid $150,000 as the Chair of the OMERS Sponsor Board.

In August 2020 Frank Ramagnano was given the positon of Chair after he deindexed Fire fighters pensions. The OPFFA did not do a press release on his current promotion because he has not been representing the members basic employment packages. What else is he willing to give away to advance his personal and career goals? What will the O.P.F.F.A executive obtain for supporting Ramagnano and supporting the deindexing of pensions.

This is only the beginning. It has been well documented on numerous occasions O.P.F.F.A President Carmen Santoro slamming his fist down and stating “we never give up anything”, yet here they are…giving up anything.

Stand up and protect your future before it is given away for personal gain.

Contact your Executive Board with any questions or concerns. President Frank Ramagnano VP Kevin McCarthy