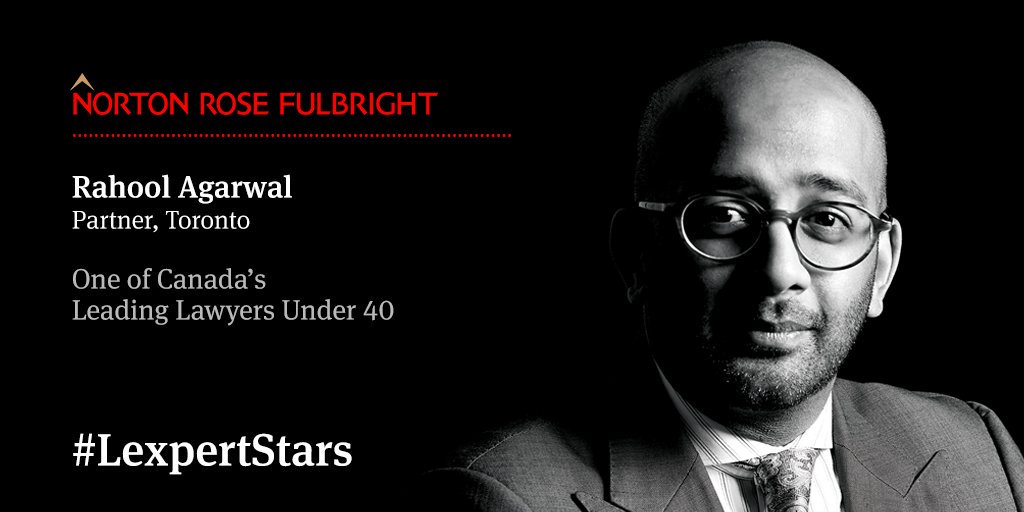 Partner at Norton Rose Fullbright, Rahool Agarwal is no longer with the firm representing O.P.F.F.A. union.  For over 3 years Mr. Agarwal has worked tirelessly as an investigator and lawyer and with the help of his co-partner Carmen Santoro who created a web of falsehoods and stories based on the an internal investigation conducted by SANTORO, ANDREW LEE and GAVIN JACLYN when LEE was still on the Occupational Disease Committee prior to his termination.

Agarwal, was a Star at NORTON, ROSE, FULLBRIGHT before he got involved with CARMEN SANTORO and the rest of the OPFFA Executive Board who had a personal grudge and vendetta against Atkinson and Grieve. Agarwal, was either terminated, asked to resign or saw the writing on the wall and stepped away. To be a partner in a prestigious law firm like NORTON, ROSE, FULLBRIGHT and leave be any means reeks of some type of broken relationship. Following the of lawyers being subpoenaed ( Rahool Agarwal and Andrew McComb of Norton, Rose), to testify in a Criminal proceeding for their actions in a civil matter.

Cost still continue to rise under the direction of Rahool Agarwal and the O.P.F.F.A. as they have had to rewrite and resubmit the Statement of Claim for the 3rd time. attempt was written by Carmen Santoro which was filled with inaccuracies and unsubstantiated claims. On June 1, Carmen Santoro was served with Statement of Defence listing him as a Defendant. June 6, Carmen Santoro and 5 other Union board members stepped down from their positions. That week “Strawman” Rob Hyndman was acclaimed President while unable to obtain 1000 votes for Executive VP in 2014. to stardom for The Strawman. After Hyndman contributed his own inaccuracies and Affidavits to the court, Hyndman followed Carmen Santoro’s lead and claimed he was unable to testify to his sworn testimony declaring PTSD. Currently Ann Bryant has sworn to an affidavit of her version of e.

3 thoughts on “OPFFA Legal firm no longer representing the prosecution”