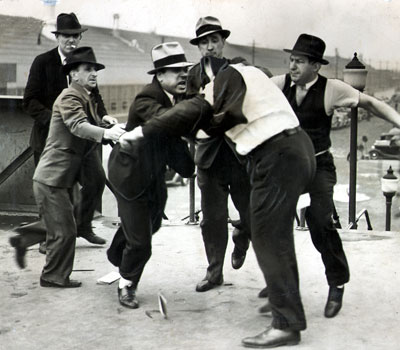 The talk and rumours amongst Ontario Fire Fighters are about leaving (disaffiliating) separating from the O.P.F.F.A. or creating another Fire-Fighting union in Ontario.   During court proceedings, lawyer Agarwal and O.P.F.F.A. President Hyndman (documented in Hyndman’s testimony) stated to the courtroom that the “11,000 fire members strongly support this lawsuit”. Which many are now stating is an incorrect statement. Many members of the O.P.F.F.A. were not informed by their local executives about the launching of this lawsuit in 2016 and have just been made aware of the lawsuit against Colin Grieves and Paul Atkinson by posts on BURNING SHENANIGANS.  Many members do not agree with the O.P.F.F.A. and lawyer Agarwal and do not support the lawsuit in any form.  Many members are unsure how much this lawsuit has cost the O.P.F.F.A. so far. How the O.P.F.F.A. is paying for the lawsuit without continuing to use money from the Occupational Disease Committee Fund and without continuing to raise union dues.