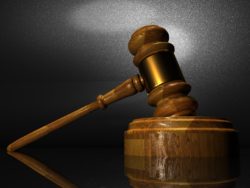 According to the O.P.F.F.A., millions have been misappropriated by Colin Grieves and Paul Atkinson. Currently, they are in pretrial trying to assess if there is enough evidence to justify a trial.

Following the Plastimet fire, many firefighters started to fall ill from the toxic chemicals each were exposed to while they battled the blaze and smoke-filled air. With such an influx of cancer and other health-related issues, Grieves and Atkinson began another long battle to bring proper representation to all their ailing comrades with financial aid through WSIB.

According to the O.P.F.F.A., they received a complaint, which led them to conduct an investigation into all donations. Bev Bamlett, widow of deceased firefighter stated she had concerns of the conduct of Paul Atkinson who had handled her WSIB claim.  She was particularly upset that Atkinson seemed to consider a successful settlement to a lottery win.  This internal investigation led the O.P.F.F.A. to believe that several large donations were never received and misappropriated by Atkinson.  The O.P.F.F.A. state at least 3 million dollars is missing.  Past O.P.F.F.A. President Carmen Santoro has stated “our only intention through this is to make all our widows whole”.

Donations from the WSIB settlements were collected and disbursed for firefighters and retired firefighters alike but were all the fees collected properly? This is what has ultimately been called into question.

Prosecuting lawyers, the police, retired firefighter family members, and key executives within the fire union have all been called to stand.

The trial itself has been a costly endeavour.  The costs are climbing and the members may soon be asked for a hefty contribution. The sale of the member-owned OPFFA building was rumoured to have sold for 1.2 million and only weeks later resold for almost double around the time the charges were laid.

3 thoughts on “O.P.F.F.A. spending Tens of Thousands of Union money to fight against Atkinson / Grieve for what outcome?”