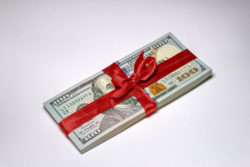 From previous comments on this site, it appears as though the OPFFA colluded with Halton Police to bring about charges against Colin Grieve and Paul Atkinson. The Detective on the case testified that he was not a Forensic Accountant and did not employ a Forensic Accountant to look into the transactions between the OPFFA and the PFAI. The Detective, therefore, jumped to erroneous conclusions regarding those transactions.

However, when a Forensic Accountant is employed you can reach substantiated and true conclusions. Case in point, when Insignia Forensic Accounting was retained as independent forensic accountants to validate the payments made
by the Oakville Professional Fire Fighters Association (“OPFFA”) to its officers and certain subcommittee members, in respect of honorariums, duty exchange, non-travel related per diems and mileage, in the years 2007 to 2013, inclusive.

In regards to honorariums, Insignia validated that amounts totaling $304,127.04 were paid in respect of officer honorariums for the years 2007 to 2013. They then calculated the honorariums payable for these years, based on the annual Constitutions of the OPFFA, to be $232,430.85. On this basis, the excess honorariums are calculated to be $71,696.19.

According to Insignia:
“We agreed the details of the honorarium payments made to the officers, as per the Custom Transaction Detail Reports provided to us, to the cancelled cheques or cheque images returned with the bank statements for the OPFFA bank account. As it relates to Christopher Day, for whom we were not provided with a Custom Transaction Detail Report, we confirmed the amounts paid to him based on the cleared cheques/cheque images. Based on our examination of all of the cleared cheques/cheque images provided to us, we did not identify any further honorarium payments. As per Schedule 1 attached, the payments total $304,127 .04, which we have summarized by year and by an individual. The annual Constitutions of the OPFFA state that officers are entitled to receive an annual
Officers’ Expense Allowance for each position held. The allowances are calculated as a percentage of a first-class fire fighter’s annual salary and vary depending on the position. Using the percentages contained in the annual Constitutions and the salary rates of a first-class firefighter, as per copies of the agreements between the OPFFA and The Corporation of the Town of Oakville in effect in each year, we calculated the total honorariums payable for 2007 to 2013 to be $232,430.85. ln assessing the honorarium payable to each individual for each year, we relied upon the description of the positions held by the individuals, as per the spreadsheet provided to us by the OPFFA in this regard. Regarding Jim Peterson, for 2007 we noted that the spreadsheet indicates that he was Secretary and a Negotiating Committee Member; however, we confirmed, based on our examination of all cleared cheques, that he was only paid for the Secretary position–,You have advised us that there is no documentation available which confirms the position(s) held by Jim Peterson in 2007 and that the entry on
the spreadsheet indicating that he was a Negotiating Committee Member may have been made in error. Accordingly, for the purposes of our report, we have assumed that Jim Peterson only held the position of Secretary in 2007.
Based on the foregoing, the honorarium payments made for the years 2007 to 2013 exceed the honorariums payable for these years, by $71,696.19.”

Carmen Santoro (President/Negotiating Chair) from 2007 to 2013 was paid $103,041.80. According to the Insignia Forensic Accountants as per the Oakville Professional Fire Fighters Association Constitution his honorarium should have been $78,872.09. Santoro took home an extra $24,169.71 of dues-paying members funds.

This begs to question… is this a crime punishable by law? Should Halton Police investigate this misappropriation of Association funds? If I was an Oakville member I would argue that the investigation and subsequent arrest of Colin Grieve and Paul Atkinson by Detective Constable Taylor Meyers was instigated by a package of pre-prepared and false witness statements given to him by the OPFFA which allowed him to perform an amateur and erroneous audit of PFAI’s books. Well in this case you have an Audit performed by professional and accredited Forensic Accountants. If I was an Oakville member I would take a copy of this audit to Constable Meyers and scream for justice, just as Santoro screamed to incriminate two innocent men! Oakville Fire get your head out of your asses for ‘God’s sake!

Those who live in glass houses…