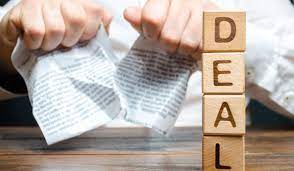 O.P.F.F.A President Carmen Santoro has shown that he did in fact mislead the families and has used their donations to fund the lawsuit against Paul Atkinson and Colin Grieve. The former President explained that Santoro also lied to the membership and has been using their dues to help fund the lawsuit.

O.P.F.F.A, Rahool Agrawal, and President Santoro had an Agreement with Paul Atkinson after meeting in Mediation.

Now rumours have emerged that O.P.F.F.A Santoro and his lawyer Agrawal breached their Agreement made with Paul, they have solicited Atkinson’s Employer in hopes to have Atkinson terminated.

Santoro had previously supported and voting for the depreciation of OMERS Pension by supporting Frank Ramiangno and gave union endorsement for Ramiagno’s salaried position on the OMERS board. Now that has been obtained, Frank is helping Santoro in hopes of terminating Paul’s employment.